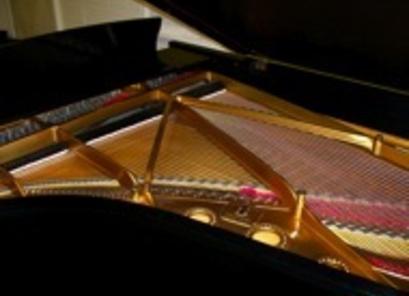 I have been involved in the Piano Industry for 36 years. I started piano lessons at 6 years old and took an interest in the workings of the piano as well and thus began my journey with the piano. I got an Oboe in Jr. High and playing the Piano became secondary to the Oboe but I was still interested in working on pianos.

In 1969 I started my formal musical Education at LSU School of Music majoring in Oboe and studying with Earnest Harrison, In 1971 I transferred to Henderson State University and finished up with a BME Degree in 1975. I played Principle Oboe in the South Arkansas Symphony 1973 to 1978.

In 1979 I was introduced to the Pianocorder Retrofit Player System and that is when my journey with the piano really started. Installing this system required that the piano had to be in good Concert regulation as I was putting a Concert Artist into the Piano I quickly adapted to doing the action as well as installing the Player System. Thus I trained myself to diagnose an action and then bring it to good concert playing condition to my musical standards that were a result of my musical training with Earnest Harrison my Oboe Teacher. I worked with the Pianocorder System thru 1986 when it was purchased by Yamaha and taken off the market. All along I was tuning and rebuilding pianos along with installing Pianocorder systems for International Piano Galleries in Little Rock, AR and Pianocorder Entertainment in Opelika, AL.

My  Pianocorder Entertainment arrangement was to do contract installations and most all of them were onsite. I would fly to the location with all my tools in tow and install the system and concert regulate the piano action to insure that the Pianocorder could perform at its best. This was the most Productive and Happiest period of my life. I continued to do these up till 1987 when the Pianocorder went off the market. This work took me to 38 States in the USA, Sweden, England, Puerto Rico, And Mexico.